I wanted to write about the cat. About how she’s gone back home to her parents, how she’d freak out about all the snow, how she purred like an asthmatic motor. She was my shadow, my writing buddy, and she helped me be more productive.

Then my hero died. 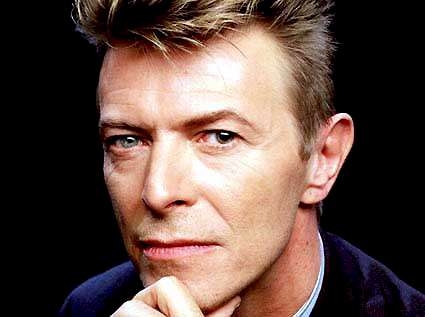 This is David Bowie. I’ve been fascinated by him since I was 8. Obsessed since I was 12. I bought all of his albums. Read every book about him I could get my hands on. Studied in London to understand how his hometown inspired him. Kept a running list of things that made him awesome – such as: 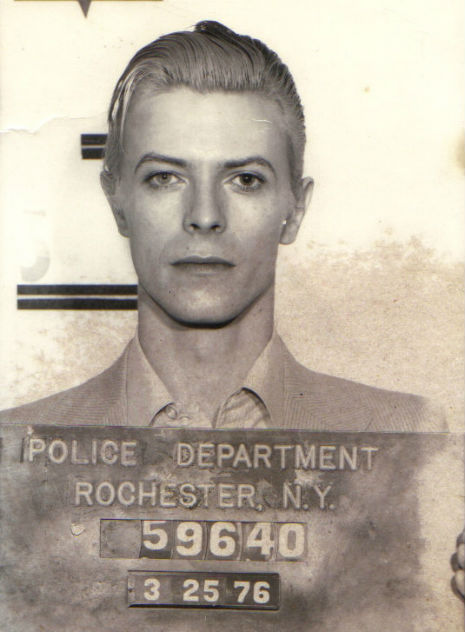 He was arrested for pot possession – while coked out of his mind. Also HOW DOES HE LOOK THIS GOOD??! CREDIT: Open Culture

I’ve devoted 20 years of my life to studying and admiring this man. For being brave. For being honest. For being artistic. For being beautiful and strange and otherworldly. For having more talent and charisma than humanly possible. For being a good man. He was my first love. My inspiration. And now I have to live in a world without him.

I don’t know how to write in that world.

As a professional writer, that’s embarrassing to admit. My job is to create engaging, quality content on deadline. As a science writer, my job is to explain research and discoveries in plain English. There is no room in either description to stop because a celebrity died. If it were Oliver Sacks or Carl Sagan, my grief might be more excusable. Understandable, even. But no. It’s Bowie – a man who wrote about space in terms of stars and starmen and space oddities and ashes and life on mars. I’m ashamed to be in this big a slump.

I keep meeting my deadlines, of course, but my heart isn’t in it. My personal projects are stymied. Asphyxiating. Putting words to a page is harder for me than it’s ever been. I feel myself moving through denial, bargaining, anger, depression, and acceptance over his death. Sometimes I forget Bowie’s dead and I think the world’s paying tribute to him because he’s awesome (and just had a birthday). Sometimes I think he just went back home to whatever planet he came from. Sometimes it feels like he’s gone to a better place, where he belongs to all of us. Sometimes it feels like he’s been sucked into a black hole and its gravitational pull eradicates everything that he was. Sometimes it feels like part of me is missing and I don’t know how to fill the hole. All those feelings grab me, cajole me, scream at me, whimper. Force me through them over and over again in different cycles and frequencies. Distort my sense of time. It’s a monster. And it won’t leave me alone. 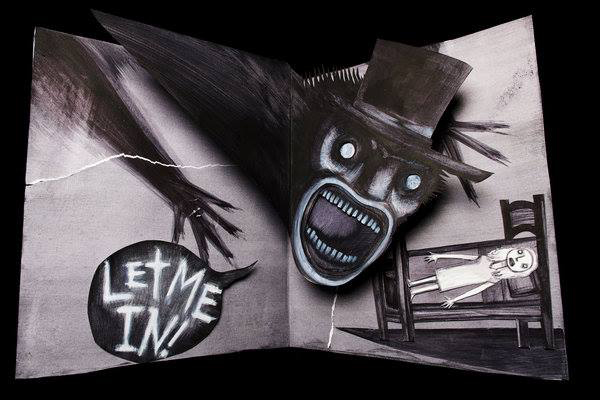 Like The Babadook. Which I did not need more nightmares of. CREDIT: ICON PRODUCTIONS

All I know to do is claw my way through it. Meet its screaming futility with blunt stubbornness. Sit at my keyboard and fill the blank screen one word at a time while I’m pulled down.

I don’t know how else to fight. I hope the monster will recede with my stubbornness… but then I remember: you can’t get rid of The Babadook. I may have to live with this thing screaming at me for the rest of my life. Forcing me to feed it. I hate that. I don’t want that. But it’s what I’ve got. And what I need to learn to fight.

What I find myself turning to in that fight is everything I have left of Bowie. It’s the same thing everyone else has: his work. It doesn’t feel like enough. Yet as I put his albums on repeat I hear Bowie’s soul. I watch his films and find his characters stained with him. He put himself into everything he did, even if it made no sense to do so (cough Labyrinth cough).

Nothing about this is appropriate for a children’s film. CREDIT: Lucasfilm, Ltd

No matter what he did, from glam rock to experimental to hard rock to pop to heavy metal to industrial to jungle to jazz, Bowie did it the way he wanted to. No more, no less. He even got to leave this world on his own terms, which is so rare and miraculous I can’t help but admire it.

Maybe that’s the takeaway. That’s the real legacy Bowie left me. Left us.

I need to leave my soul on the page.

The thought quiets the monster. I may be on the right track.

I don’t think I’m the only one who needs it, either. Fellow hero Neil Gaiman wrote a short story that mythologizes Bowie for no reason other than that he needed to.

There won’t be another Bowie. I’m certain of that. And while I’m slowly fighting my way out of the darkness left in his wake, I cling to his memory. It is a struggle to write. To create in a world bereft of my guiding light. But, I cling. And I remember. And I try.

Besides, seeing the outpouring of grief from all corners of the globe, I can’t help but think that the rest of the world has figured out what I did when I was 12: David Bowie is awesome. He’s the hero everyone needs.