2015 was my first year as a professional science blogger. I’ve been writing for years in a slew of other fields, but this was the first year where I focused on building my brand as a niche blogger. I invested in my website. I revamped my corporate name. I had a new logo designed. I created business-only social media channels and promoted my work. In short, I treated myself like a professional business — and I learned a TON. Here are my 9 biggest lessons and confessions of the year:

Sound obvious? It wasn’t to me, not when I was starting out. I mean, I knew I was writing about quantifiable facts and I would need to source those facts. But what I didn’t know was how the process of finding those sources would change my approach to research. Before, I would cite a news report of a scientific discovery and call it a day; now, I cite the press release or paper written by the scientists. Call me naive, but if The Huffington Post or TIME shared the results of a scientific study or a chart, I assumed they drew the same conclusions as the study. Nope! Turns out studies are rarely that conclusive – and fewer still have media-friendly outcomes. So I became a stickler for primary sources and learned to read the data… and found even better stories in it. Booyah.

Added bonus: that data-centric approach also affected how I thought about EVERYTHING. I read a review about a blender I wanted to buy, and when I saw several users complain about its inaccuracy in crushing ice I immediately clicked over to the manufacturer’s page to scour the technical details about the motor. Analyzing data is helping me win at life!

LESSON: Review the data at its source. Let it drive your conclusions.

Scientists don’t speak the way you and I do. I don’t mean that as a pejorative, and I don’t mean because they use academic words; I mean that scientists regularly use words that you and I use in completely different ways. For example: what you and I consider a theory is a statement in need of proof, but a scientist considers a theory a certifiable fact because it’s already got lots of proof. Big difference. For another: you and I would consider Copernicus’ theory that the Earth revolved around the sun originating in 1532 when he wrote the manuscript, but a scientist would consider that theory originating in 1543 when he published it. Another big difference.

Scientific language is rife with all kinds of misnomers like these: 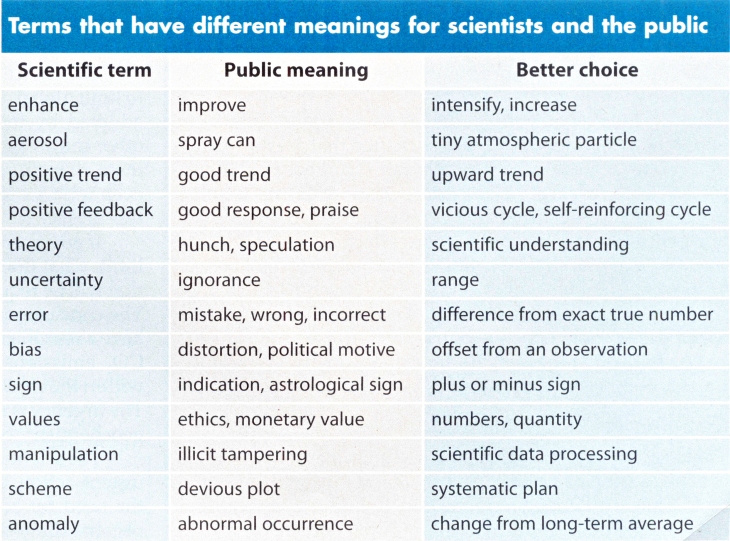 Figuring them out gave me an enormous leg up in my writing. Before, I got bored and frustrated reading scientific stuff because it’s larded with dependent clauses and passive voice, like this research paper gem: “It will be possible to process rice and produce high-grade silica in a single location with little or no carbon footprint.” That stuff just looks like bad writing to me. Reading it makes my skin crawl. But, when I learned to take a step back and view those phrases as scientific qualifiers rather than grammatical errors, I felt like I’d unearthed the Rosetta stone. Scientists use phrases like “it will be possible” and “in a single location” to explain that they can do what happened in the experiment only under the exact environmental conditions of the experiment. That realization gave me proper context for everything I read, and helped me keep focus in my writing. Even though the grammar gives me agita.

Added bonus: because I was able to do this, I earned an enormous amount of credibility with my sources AND editors. Win-win.

LESSON: Learn the language. Be a translator.

Since this was my first year as a science blogger, it was also my first year promoting my content. Like I said in the intro, I treated myself like a professional business, and that meant talking about what I do. That was hard because I’m not the type of person who likes talking about herself. Kinda ever. But, as I was busy sharing other articles that I thought were cool, people kept asking me: “Aren’t you writing anything?” “Where can I read it?” In the process of solidifying myself as a business, pitching clients, and working out monthly burn rates, I’d completely forgotten that I have a whole network of friends and family who love me and want me to succeed — and who actually want to read my stuff. So, I took to promoting my own work about 20% of the time and sharing cool stuff I had no relation to 80% of the time. The ratio seemed to work, and it was really neat to see distant relatives and heretofore unknown science geek friends share my stuff. It was also super neat to see complete strangers pick up on it and excitedly engage with it, and me, across the web. That’s the exact opposite experience I had as a gaming blogger, where I got crucified for saying pretty much anything. But that’s another post.

In short, I had no idea I had an audience. And all I had to do to find it was share my content.

Granted, I’m still not great at this. While I’ve gotten great at the initial social media onslaught (and Buffer makes the scheduling super easy), I’m not so great at re-sharing my content. Doing that one thing would bring more traffic to my site than sharing it once. It would also generate more pageviews over time. Basically, sharing content repeatedly over time = business growth. I’m shooting myself in the foot by not doing that. That’s why I’m going to try to stick to this graph next year:

4. Whore out Your Credibility

I had pieces in both TIME and Popular Science this year – the latter of which I’d been working to get into for 3 years. I spoke to an astronaut – which made my 5-year-old self apoplectic with glee (seriously: I can almost die happy now). I spoke to other high-level people at NASA – including the Press Secretary, with whom I am now friends (because she’s wonderful. And AWESOME). I had an amazing, successful year. But that success did not lead to more gigs. Or higher profile gigs. Or anything at all.

Because I did not whore it out.

That was my single biggest failure this year. I’m kicking myself in the butt about it as I type this. In accordance with re-sharing my content, I need to be more shameless about discussing my successes and using them to knock down the doors of better clients. I plan on pinging colleagues who are better at this than I am to figure out a plan, but for now I recognize that I need to do better. Which is partially why I’m writing this piece right here.

LESSON: When you’ve got it, flaunt it.

See: I have a friend at NASA. I made that friend by making a friend at a networking event. I made lots of friends this year, and they all turned out to be awesome – and amazingly helpful in different, unexpected ways. A social media analyst I pinged for help? Introduced me to the most helpful networking group on the planet. The receptionist at my coworking space? Gave me killer feedback on a web series that won multiple awards (see what I did there, with the success-whoring? I’m learning!). Random awesome lady I met a friend’s book launch? Hired me to write for one of her clients. An award-winning data scientist? My new bestie: 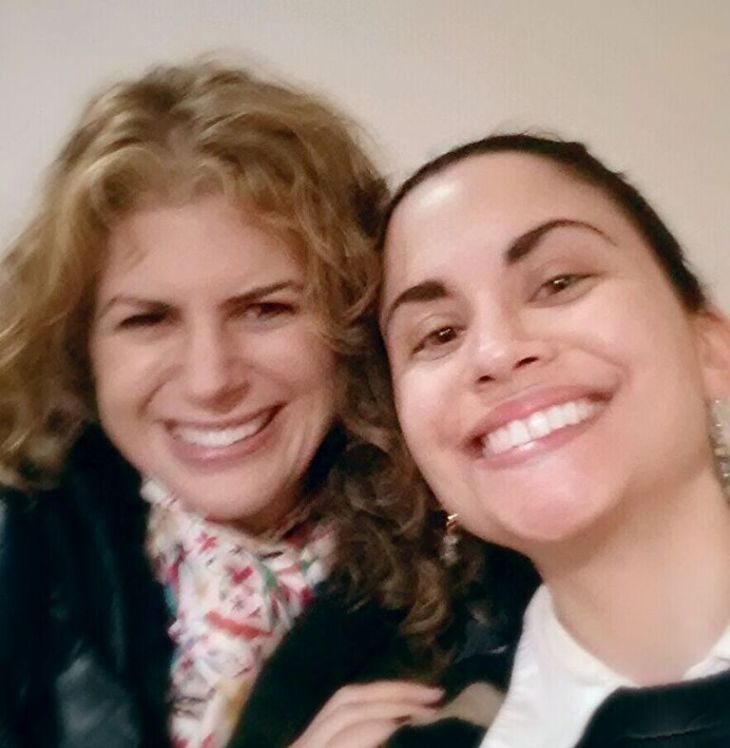 Awesome people are everywhere. Be open and helpful, and you’ll find them. Simple as that.

LESSON: Make friends with everyone. You never know who will help.

I always think I know where to look for stories – research papers, university news, pestering NASA. Yet, I am constantly surprised by where I find them. Like in a room full of physicists.

I spent a Saturday at the first ever Physics Hack-A-Thon back in the fall. Initially, I went only because it was held by a client and participating seemed like a good way to keep up the business. But what I found as I worked with researchers and science advocates to turn big ideas into crowdfunding campaigns was a hotbed of untapped stories. My new bestie’s experience in learning physics after forgetting algebra led to an article about how critical thinking skills can help you win at life. A researcher’s frustration with university funding led to an article about how universities allocate research dollars (coming soon!). A CubeSats builder’s experience pitching Silicon Valley led to an article about the tech world’s interest in space data – which ended up getting scrapped because investors are too busy to talk to little old me. But still: I got a whole bunch of story ideas just by doing a thing for a few hours. For someone whose livelihood depends on ideas, that’s priceless.

LESSON: Do things. And keep your eyes peeled.

A paying client is not necessarily a good client. Again, seems obvious. But when you’re a freelancer and you’re having a lean month because a client’s check is late or a story fell through, the desperation of paying the rent sometimes overrides your better judgement. In this case, it means taking on clients you probably shouldn’t. You know the type: hyper complimentary of your work until you share your rates, unclear about their expectations, unhelpful with their criticisms, infrequent with their communication. Clients like that make me want to stress eat Oreos.

I eat enough Oreos. Believe you me. 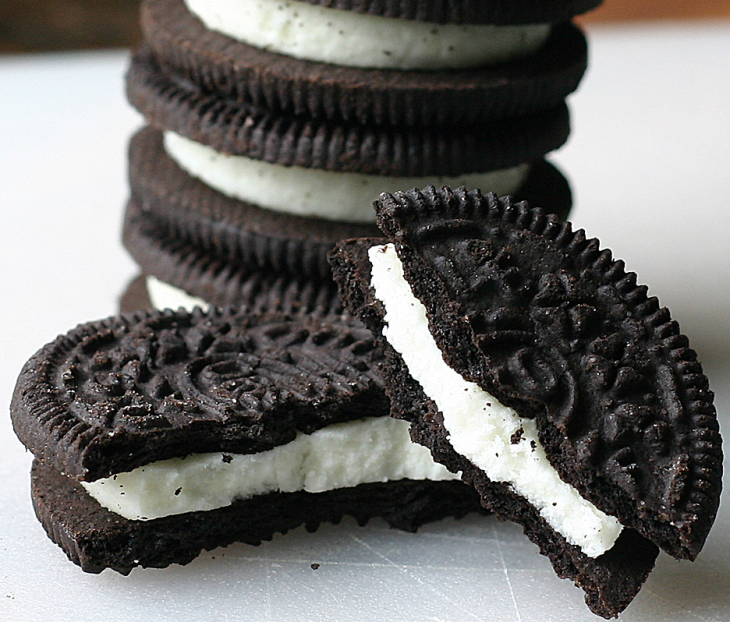 While my responsibilities as a freelancer include teaching clients how to work with me, I’ve learned that clients I need to handhold through the process are usually more trouble than they’re worth. And not everyone responds to my kindness and check-ins the way I’d hope. I’m learning to let those folks go and focus on the clients who can get me work. That’s an infinitely better use of my time – and an enormous panacea for my sanity.

Even though I need to let go of a guaranteed paycheck. And to figure out a cash flow solution to replace it. My wallet is sad now. Time to eat Oreos!

Blogging is the thing that I do to earn a paycheck. I write content. I interview sources. I publish in respectable, established outlets. I draw readers and followers. I create social media posts and images. I promote. I read a ton of things to get better at it. Every. Single. Day. I am a professional.

Why the hell didn’t I do this before?!

I consider myself an aspiring film and television writer, so wearing the mantle of blogger is still strange to me. It’s been uncomfortable to own blogging as part of my identity, and makes me feel like a failed creative. But it’s also helped me think of myself as a professional and helped me own my skill and talent as a brand.

I never expected to find confidence in writing about science online.

I’m really happy I did.

LESSON: Own who you are.

Again, I tend to think of myself as an aspiring film and television writer (or failing, depending on the day). And I do work on those projects. But the bulk of my time is spent writing words. I convince strangers to pay me to write words for a living.

I’m a writer. And it only happened when I said it did.

I don’t doubt my skill or talent. I know I have it. And I work to improve it. But that doesn’t even matter. What matters, again, is that I own it. I stopped waiting for approval from others to confirm what I already do on a daily basis.

And so should you.

LESSON: Seriously: OWN WHO YOU ARE.

Which lesson will you use in the new year? Let me know in the comments below!